Digital photography, we’ve come a long way in a short amount of time.  Where will it take our profession? How will it affect how we approach photography. Well, this post isn’t about digital photography. It’s about shooting beautiful black and white film. Check out New York Times photographer Fred Conrad’s latest post to “LENS”

Fast is fine, but slow can be much better.

Digital photography and the ascent of the Web have quickened our jobs. Instead of one deadline a day, we now have continual deadlines, bringing exponentially increasing speed to what we do at The Times.

When doing portraits, it enables the photographer to talk and listen to subjects, to observe their behavior. A camera can trap a photographer sometimes. You can look so intently through a viewfinder that you are unaware of the picture in front of you. When I use an 8-by-10 camera for portraits, I will compose the picture and step back. Using a long cable release, I will look at the subject and wait for the moment. It’s very liberating.

The same technique worked for me when I photographed architecture for the “Geometries” series. But there was another liberating aspect, too. With exposures that may take as long as an hour, you really don’t know what the end result will be. There is a little bit of faith involved, and a lot of imagination. That, and the fact that you have to wait to develop the film, just adds to the excitement.

When the Lens project started, I hadn’t shot large format black-and-white film for quite a while. In fact, there is no dark room in the new Times headquarters. Lucky for me, Chuck Kelton and his Kelton Labs are still around. Then I needed to settle on a film and developer. I ended up with Fuji Neopan and Efke 25, made in Croatia. For a developer, I chose Rodinal. It’s been around since the 1890s. It was made by Agfa, which no longer exists, but I found a store in Hollywood, Freestyle Photographic Supplies, that carried both the film and developer.

One memorable experience during this project was photographing the one remaining Loew’s Wonder Theater that still shows movies. Loew’s built five Wonder Theaters in the New York metropolitan area in the late 1920s. Two of these movie palaces are now churches. One no longer has its Wonder organ or a movie screen; instead, it hosts music events and boxing matches. One has remained vacant and decaying since 1984. And then there is the Jersey Loew’s in Journal Square. The theater is being restored. It has an original Wonder organ that plays. They even show movies. 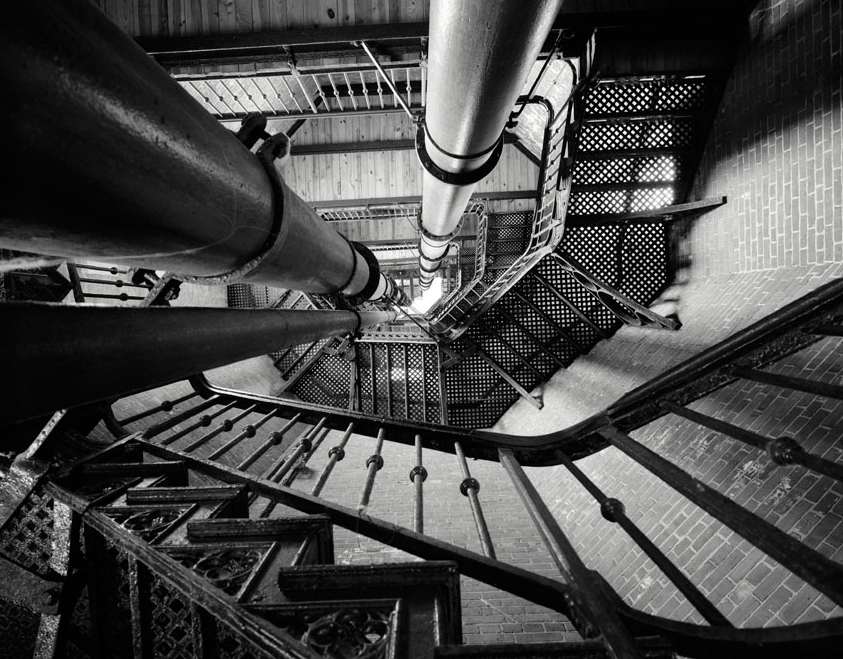 I shot the theater from the balcony, while the movie “Blade Runner” was playing. I had no idea how long to leave the shutter open. Since the movie was two hours long, I decided to make two exposures — an hour each. It was during those two exposures that I realized how different and special it was to be shooting on film. When you shoot digital, the images are quick and you spend more time looking at the back of your camera than you do seeing.

I hope that film and large-format cameras stick around for a while. I love the results and I cherish the process. More importantly, when I have the time and opportunity to shoot big film, I feel a connection with photographers who came before me. That may be the most important reason.

View all posts by ghicontributor