Evan Kafka recently photographed swimmer and innovator Hind Hobeika for WIRED UK‘s February 2013 Issue. Hobeika has invented a sensor called Instabeat, which is the first waterproof monitor that attaches to a swimmer’s goggles and tracks his/her heart rate. Pre-orders for the device were launched in January of 2012, and Hobeika, who resides in Lebanon, has been spending the time since the launch taking part in different conferences and panels all over world. She has been featured in countless media outlets and has gained recognition worldwide. At the MIT Enterprise Forum Pan Arab Business Plan Competition she was selected, along with 50 other semi-finalists (out of 4500 applicants), to participate in a two-day workshop in Abu Dhabi.

Hobeika had just finished attending the Harvard Arab Conference in November when Evan had the opportunity to shoot portraits of her for WIRED UK. While the original plan was to photograph Hobeika in a swimming pool, Evan came up with an alternative idea. We got a chance to ask Evan to share a little bit more about the shoot, Hobeika, and the creative concept:

“Hind was in town for an event. I decided I would have more control and it would be easier to shoot in the studio than to try to get access to a pool in NYC. She was really nice and willing to work at getting the best image possible.  Between dunking her head in a bowl of water, I continuously sprayed her in the face with water. I like the water pooling inside her goggles.  It’s a privilege to shoot for Wired UK. Their subjects are fascinating innovators.”

It’s exciting to see such a young and passionate person create change. We are honored that Evan got to photograph this story. To find out more about Instabeat and how to order one, visit Hind Hobeika‘s website and check out WIRED UK’s February 2013 Issue. To view the latest work from Evan Kafka, visit the Glasshouse Assignment Website. 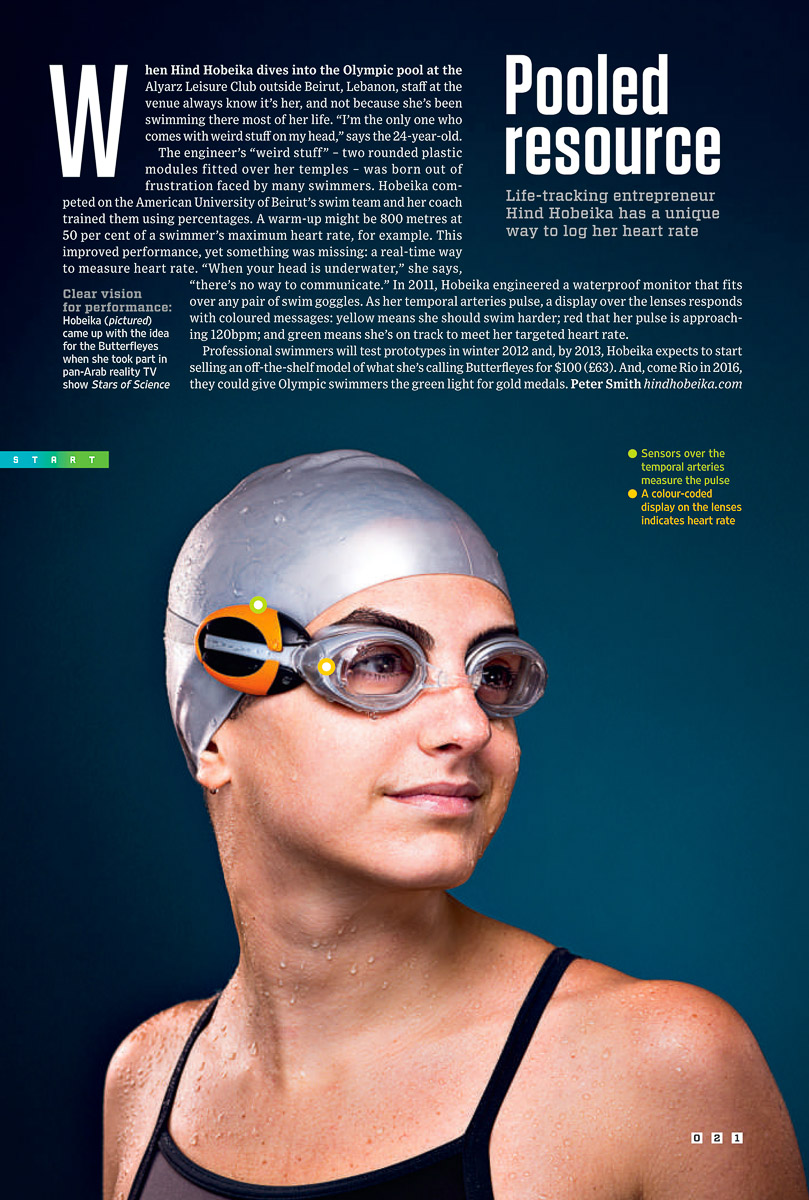 For more information about any of the Glasshouse photographers or for portfolio requests, please contact

View all posts by Marissa