Jason Langer’s passion for photography dates to his childhood in Ashland, Oregon. Groomed on a Mamiya C330 twin-lens reflex camera, Langer developed his work in a makeshift hall closet-cum-darkroom in his family home before progressing to more advanced technology at the University of Oregon, where he earned a degree in photography. After graduation, he worked as an apprentice and printer for some of the San Francisco Bay Area’s most renowned fine-art photographers, including Ruth Bernhard, Arthur Tress, and Michael Kenna. 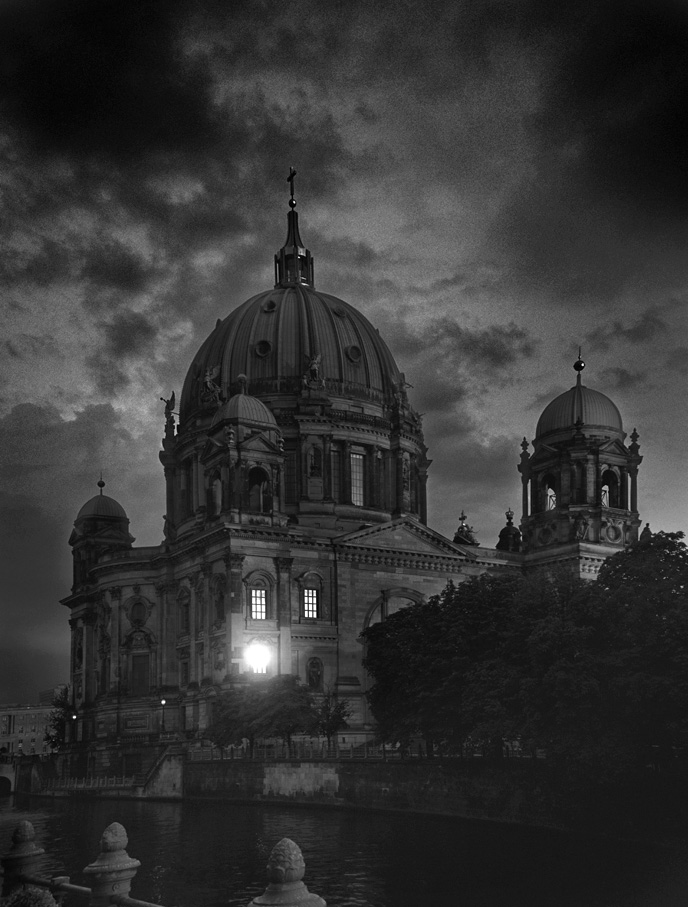 Langer is best known for his psychological and carefully rendered compositions of contemporary urban life. Following New York, New Orleans, and Paris, Berlin is the fourth city to capture Langer’s attention, and after multiple visits, a distinctive portrait has taken form. In choosing Berlin as a subject, Langer is motivated to research and record the city’s past before it disappears. Berlin always seems to be renewing and remaking itself. Unlike Paris or Venice, which have maintained strict laws protecting their architectural history, Berlin has been less concerned with preserving its streetscapes. After the Second World War, large sections of the city, and many of the buildings that remained, were demolished. Berlin’s spirit of urban renewal pre-dates the post-war period. Each of the national governments based in Berlin—the 1871 German Empire, the Weimar Republic, Nazi Germany, East Germany, and now the reunified Germany—initiated ambitious reconstruction programs with little care for assimilating earlier styles, perhaps reflecting a desire to forget the past altogether.

The twelve images in this exhibition concentrate on Berlin’s architecture, and in particular the remaining architectural elements from the past. It is Langer’s eye for the city’s mythological past that animates and connects many of his images of Berlin. From the statues of Day and Night on top of the Anhalter Bahnhof to the striding heroes on top of the Reichstag; from the fountain Neptunbrunnen with its Roman god commanding the four main rivers of Prussia to the Brandenburg Gate’s Victoria, riding a chariot of four horses; from the Berliner Dom’s Protestant angels to the Siegessäule’s winged Victoria, Berlin is shown to be a city still animated—or haunted—by antiquity.

Creative Stock Photography Glasshouse Images is a boutique stock photo and representation agency that caters to a select group of creatives who are always on the look out for exceptional and distinctive imagery. View all posts by glasshouseimages